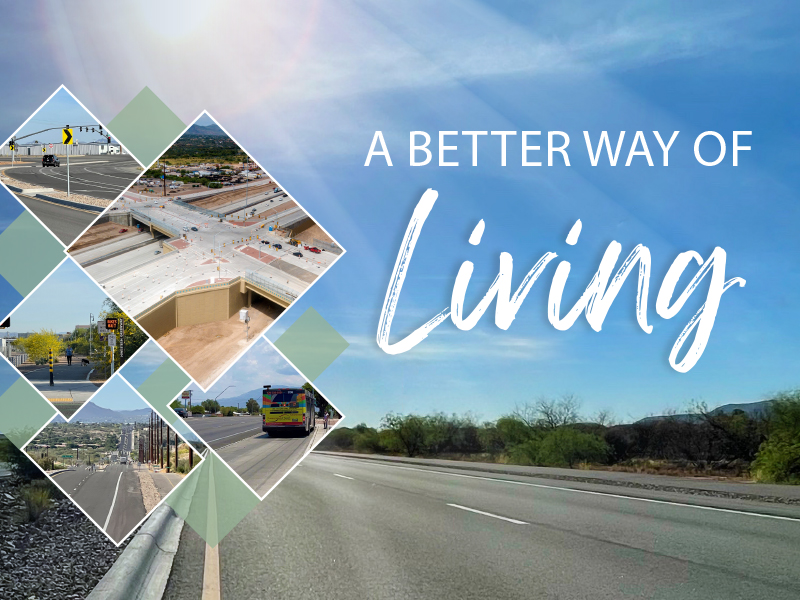 The Regional Transportation Authority’s fiscal year 2020-2021 Annual Report is now available with updates on recent projects completed and the financial standing of the organization at the end of the fiscal year.

The report celebrates nearly 950 projects completed in 15 years of the RTA, voter-approved plan so far, from large roadway improvements that help people travel from one part of the region to another, to smaller projects to make travel easier, such as new bus pullouts.

“As a result, the traveling public has more ways to connect, more transportation options from which to choose, and the benefits of enjoying more economic opportunities that sprouted near these infrastructure improvements,” wrote South Tucson Mayor Bob Teso in the annual report.

With five years remaining in the plan, the RTA Board has taken steps to ensure the plan is completed as promised and keeping with the collaborative process that involved extensive public outreach to create the plan.

“The RTA Board pledged to deliver projects to the minimum tax revenue assigned to each named project. In May 2021, the RTA Board did just that and approved a five-year financial plan to meet that funding commitment through June 2026. We are working together with our members to ensure plan delivery meets voter expectations,” said Teso, the RTA chairman.

The plan is overseen by the Citizens Accountability for Regional Transportation (CART) Committee. Committee Chairwoman Charlene Robinson said the RTA is poised to meet its promise to voters to fund the projects in the remaining five years of the plan to the full amount voters approved, just as it has done in the past 15 years.

“Bottom line is the voters adopted the plan and the RTA is living up to that expectation,” Robinson said in the annual report.